Explore your success with the Arriaga Business Model 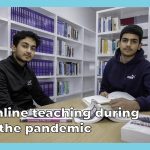 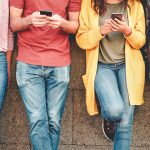 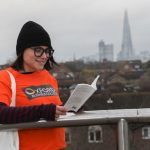 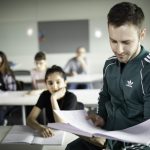 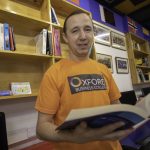 The UK government recently launched a new campaign aimed at encouraging people to reskill. The campaign’s slogan is “Rethink. Reskill. Reboot” These three words are important, as they highlight the importance of education to the economy.

The UK labour market is undergoing a significant shift as a reaction to the coronavirus pandemic. As the pandemic unfolded, schemes like the government’s furlough package allowed businesses to retain staff during lock down with a fixed percentage, government funded wage. There were additional support measures for self-employed workers. The furlough scheme is now winding down, a process started in August and due to end in October. However, since the end of the scheme was announced, the UK has formally entered a recession, and new regulations have been brought in to slow down a second wave of the virus.

There have been concerns among business experts that this combination of events could lead to a rapid increase in unemployment, as companies face the dual problem of an end to the furlough scheme, and a declining, unpredictable economic environment. In September, the Bank of England warned that unemployment rates could rise to 2.5 million.

The government has confirmed a new package of funding for firms affected by the more recent local lock downs, as outlined by this week’s three-tiered system, but even so, many industries are still thought to be facing difficulty decisions on staff retention.

Against this backdrop, the campaign slogan of “Rethink. Reskill. Reboot” is aimed at encouraging those whose livelihoods are at risk to consider alternative jobs, and to review educational opportunities to reboot their career.

The campaign has attracted controversy, with some arguing that it devalues the skills of employees in vulnerable sectors like culture and the arts. For example, one advert with the “Rethink. Reskill. Reboot” slogan appeared alongside an image of a ballerina. The government quickly distanced itself from the advert, calling it “not appropriate”. However, the tension caused by the advert highlights the difficult decisions faced by businesses in the UK and around the world, as companies face uncertainty over their short-term and long-term futures.

This is why the “Rethink. Reskill. Reboot” slogan remains important. Recessions tend to cause a change in labour markets, with businesses and employees turning to different ways of working and different types of work. With the furlough scheme still active at this time, trends detailing how the labour market is being affected by the pandemic will take time to become clear, but evidence suggests there could be substantial changes.

If unemployment increases dramatically, as some have warned, reskilling will become essential. According to a briefing paper from 2014, titled ‘The Labour Market Story: The UK Following Recession’, after the 2007/2008 recession, the UK saw “sustained growth” in the number of people who were self-employed. If this trend continues, many of those who lose their job may decide to run their own business instead. In this context, reskilling could come in the form of a business management course.

Others may decide to change career entirely. The government’s National Careers Service has a useful self-assessment tool – https://nationalcareers.service.gov.uk/skills-assessment – where individuals can answer a series of questions and are given ideas for different potential career paths that may suit their skills.

What is clear is that a key part of the recovery will be focused on reskilling, and this will rely on education. Schools, Colleges and Universities will play an important role in helping those who have lost their livelihood to acquire new skills and learn new ways to navigate these complex times. Through education, the economy can recover.